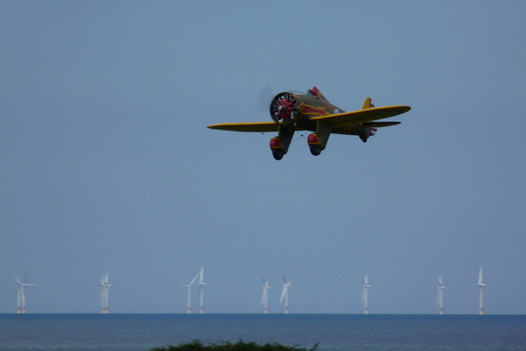 Nicks (first) Boeing 'Peashooter' coming in to land over the Sheringham Shoal windfarm (10 miles away!) 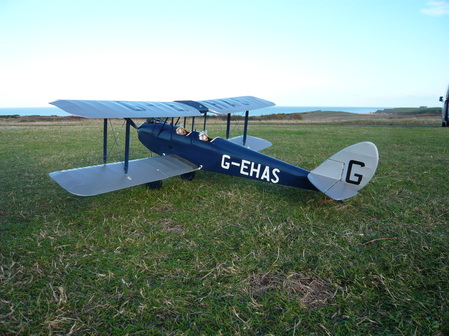 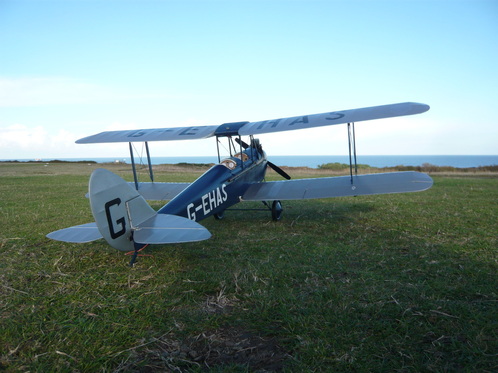 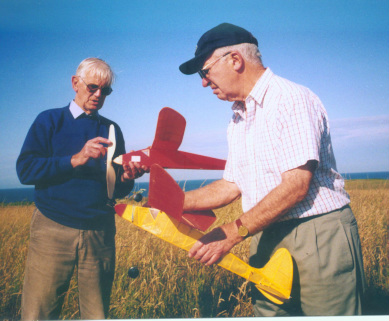 Joe (L) and Gerry with some Vintage Rubber. A couple of real Gentlemen, RIP 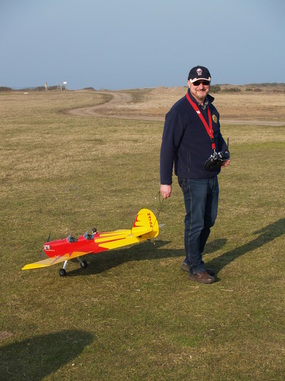 Mike G taking his model for a stroll back to the pits. 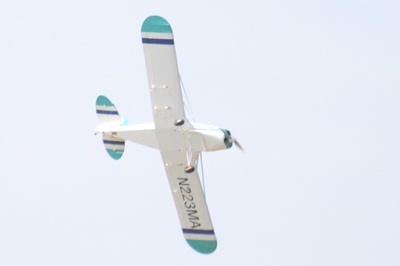 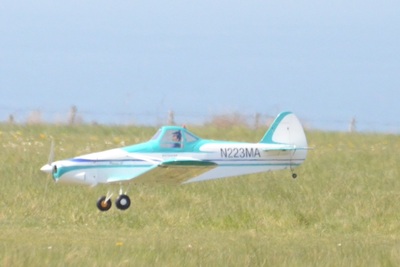 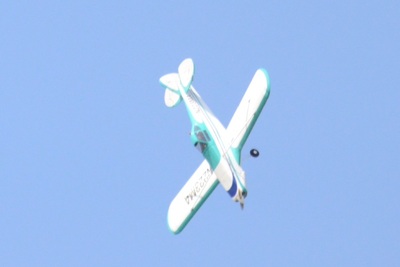 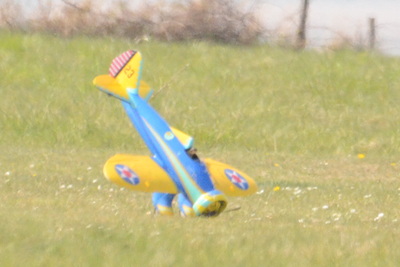 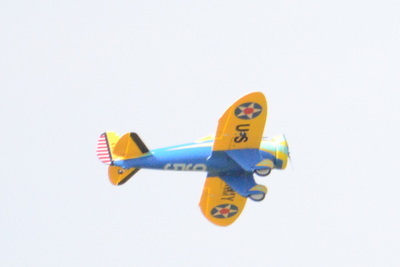 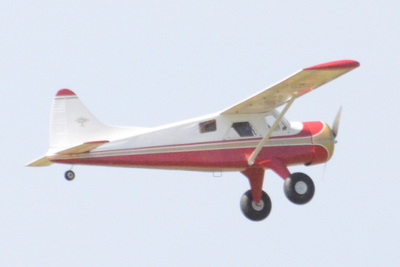 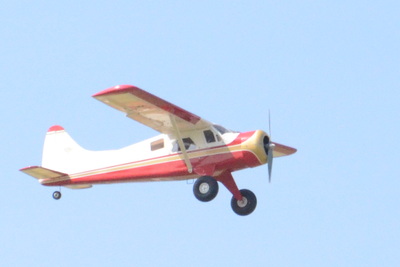 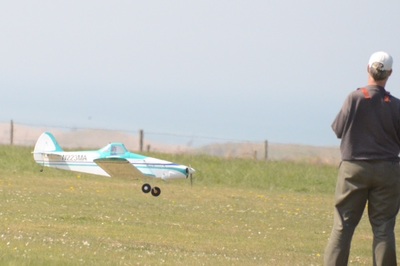 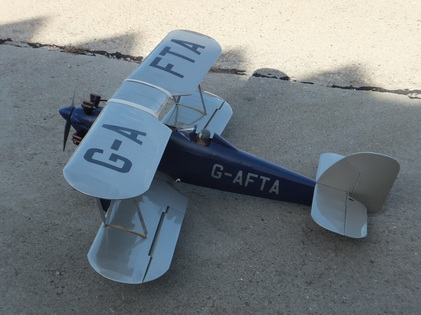 HAWKER TOMTIT from Andrew Taylor
(VERON kit circa late 70s)
This is my second attempt at electrification and some may remember my first at about this time last year when I brought the Dactyl flying wing pusher to the club meeting.

The Tomtit originally flew with a 40 glow and languished in my attic for twenty-five years. It has been refurbished with solarfilm covering instead of tissue. The nylon used on the fuselage was deemed serviceable. The colour scheme is that chosen by a previous owner the, test pilot Neville Duke. The real example is now with the Shuttleworth collection resplendent in its silver 1929 RAF scheme.

(If a member has the companion kit or plan of the Avro 504 I would be very pleased to know). 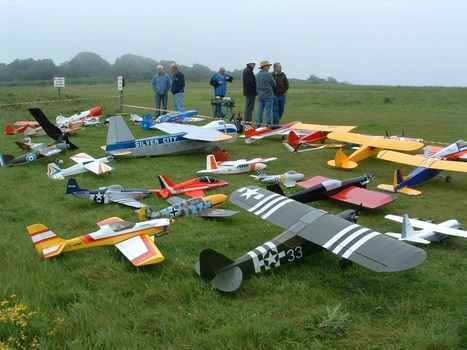 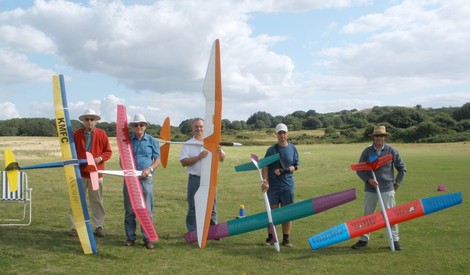 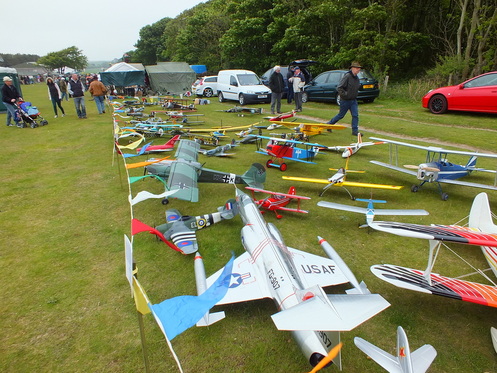 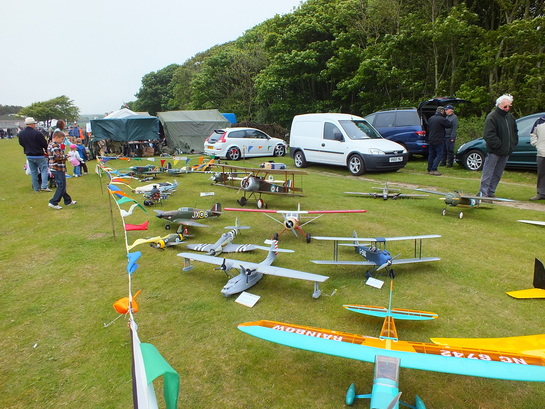 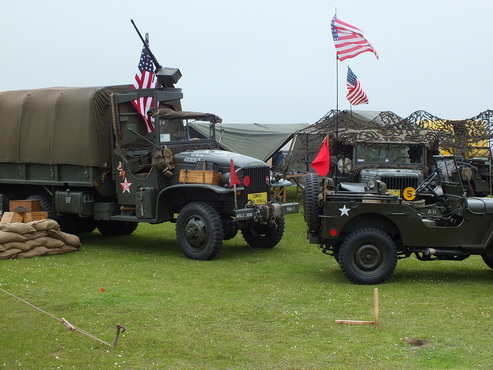 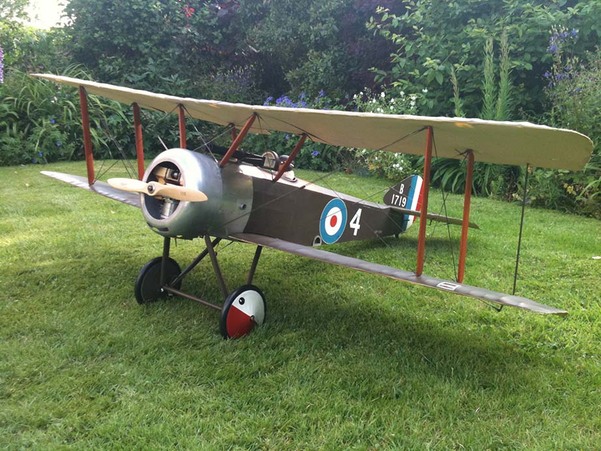 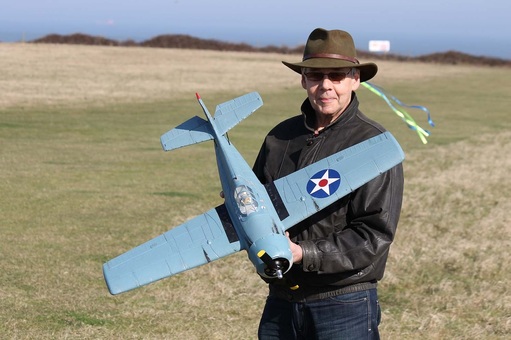 JW with his attractive 'Windsock' headgear 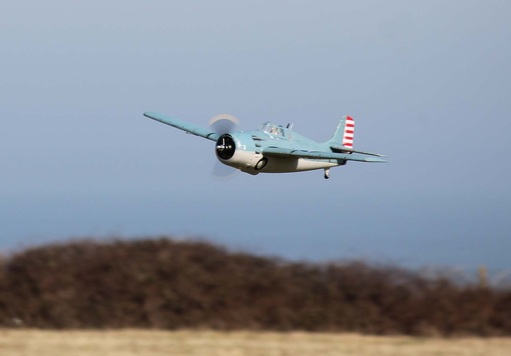