I'm hoping to get a few articles from YOU about almost anything for the website ....  here's the latest from Mike G..... 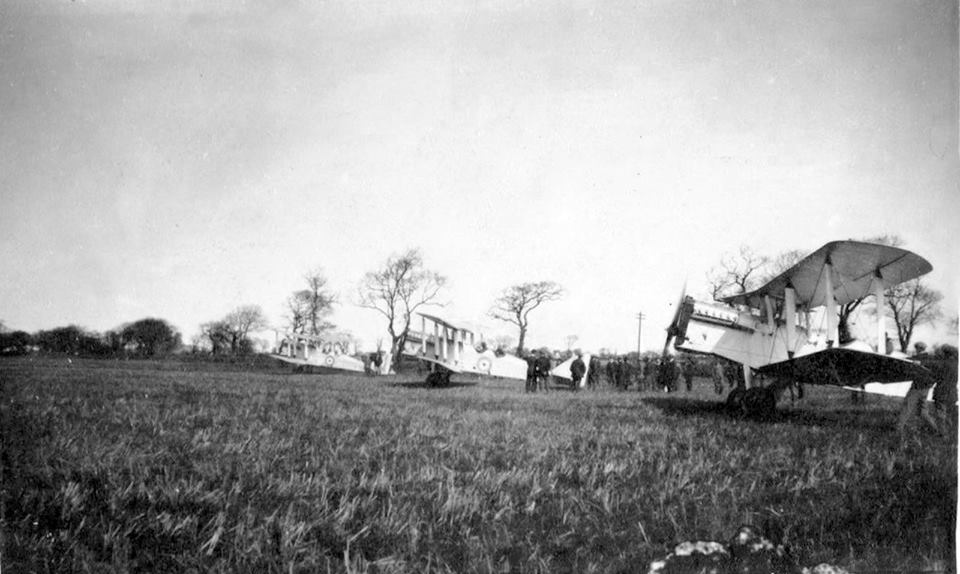 ​Some details of operations from RNAS Bacton 1914 to 1918
There were many air raids on Great Britain by Zeppelins and other classes of airship during the Great War. Many aircraft from Home Defence stations operated against these raids. This is just an outline of sorties involving RNAS (later RAF) Bacton. 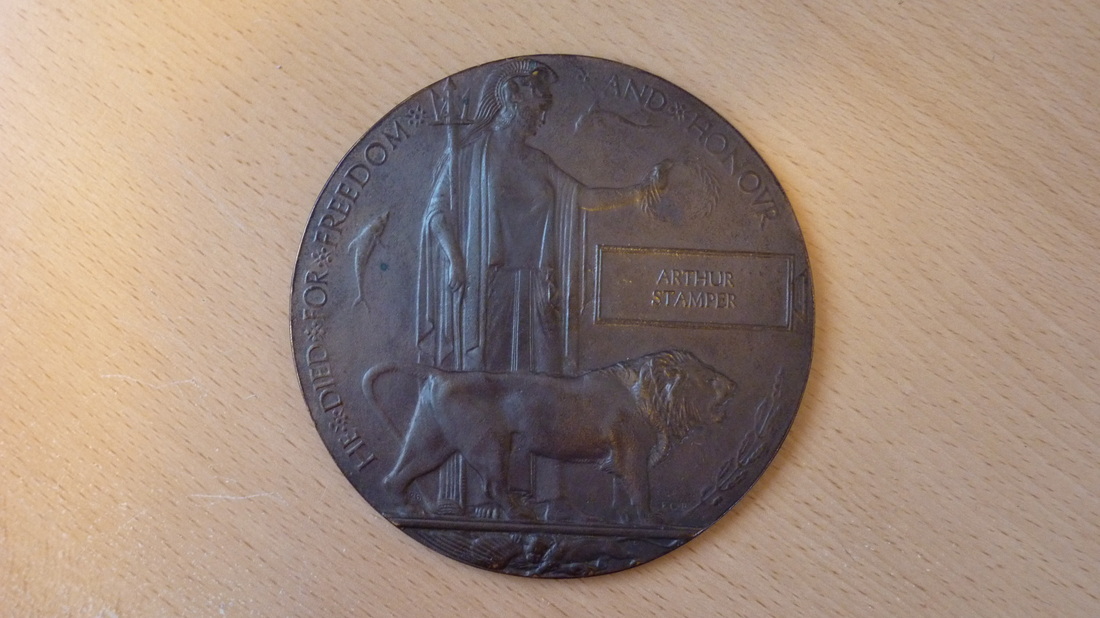 Being interested in 'old stuff', I recently purchased a bronze 'Memorial Plaque', sometimes known as a 'Dead Mans Penny' belonging to the family of Corporal Mechanic, Arthur Stamper No: 313916,  from Hammersmith London.

These plaques were awarded to the next of kin, of all British service personnel who died during the First World War.
Sculptor and medallist Edward Carter Preston designed the plaque, 1,355,000 plaques, about 5 inches in diameter were apparently issued, which used a total of 450 tonnes of bronze, but each was individually cast at either the Memorial Plaque Factory, Acton or the Woolwich Arsenal. The one that I have was cast at Woolwich.

The design includes an image of Britannia holding a trident and standing with a lion. The designer's initials, E.CR.P., appear above the front paw. In her left outstretched left hand Britannia holds an oak wreath above the rectangular tablet bearing the deceased's name, cast in raised letters.  The names are actually in the casting, rather than being engraved later. The name does not include the rank since there was to be no distinction between sacrifices made by different individuals.

Two dolphins swim around Britannia, symbolizing Britain's sea power, and at the bottom a second lion is tearing apart the German eagle. Around the picture the legend reads (in capitals) "He died for freedom and honour", or for the six hundred plaques issued to commemorate women, "She died for freedom and honour". The plaques were issued in a pack with a commemorative scroll from King George V, that I also have, though sometimes the letter and scroll were sent first.

What really caught my attention was the fact that Arthur was with "J" Group,
Royal Air Force, at the time of his death. The RAF was not formed until April 1st 1918, and Arthur died on 31st October 1918......only 11 days before the armistice on 11 November.

I am writing a few lines to you on behalf of the fellows here who new Arthur Stamper.

As one who knew him for some considerable time- we were on No.12 Squadron together- I may say he was regarded as an excellent and very hard worker in our flight.

Since our Squadron disbanded and we all joined this depot, he has earned the same opinion from all who were in touch with him.
The fellows that were on No.12 Squadron with him will always remember the readiness and willingness which Arthur would do anything he could for them, one thing stands out more prominently was the way he always rolled our tobacco for us, the same as he did for his Father, we could never get the knack of or do this job for ourselves.

Some of us who knew him, placed a wreath on his grave and we should very much like you to accept the enclosed as a slight token of the esteem and respect which Arthur was held in by us all.

Trusting you are keeping in good health and will accept our best wishes for the future.

Believe me to remain,


Whilst researching this I have discovered that 12 Squadron was formed in February 1915 from a flight of No1 squadron, and arrived in France in September at St.Omer, carrying out photo reconnaissance missions. Moving on to bombing railway targets and penetrating as far as Brussels, together with offensive and defensive patrols over the front. In February 1916, 12 Squadron was transferred to VI Corps with whom it served out the remainder of the War.

Towards the end of 1916 it was engaged in night bombing with some success. During the German offensive of 1918, the squadron was engaged in contact flying with the troops, resulting in heavy losses. In the summer and autumn allied offensives, they were involved with ammunition dropping, ground attack and air combat.

Although no relation to me at all, I have greatly enjoyed this research into Arthurs history, wondering how this aeroplane mechanic met his fate...... aerial attack or hit by a propeller perhaps, overrun by German offensive ?......... but no, it turns out he died of Pneumonia, possibly as a result of the 'Spanish Flu' ? that was sweeping the world in 1918, and killing up to 100 million people, more than had already been lost in the war.

Arthur is buried at Les Baraques Military Cemetery in Sangatte, France, so we made a visit there during our touring holiday last summer. 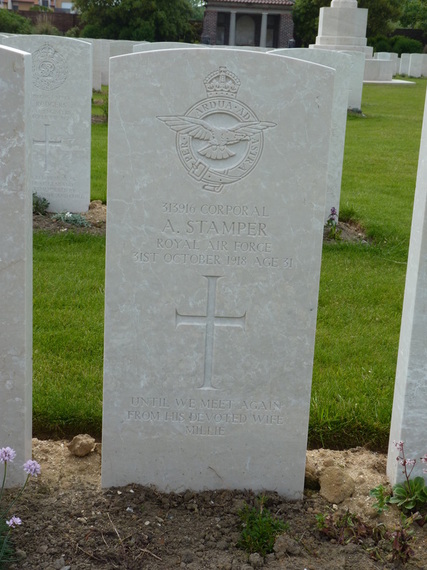